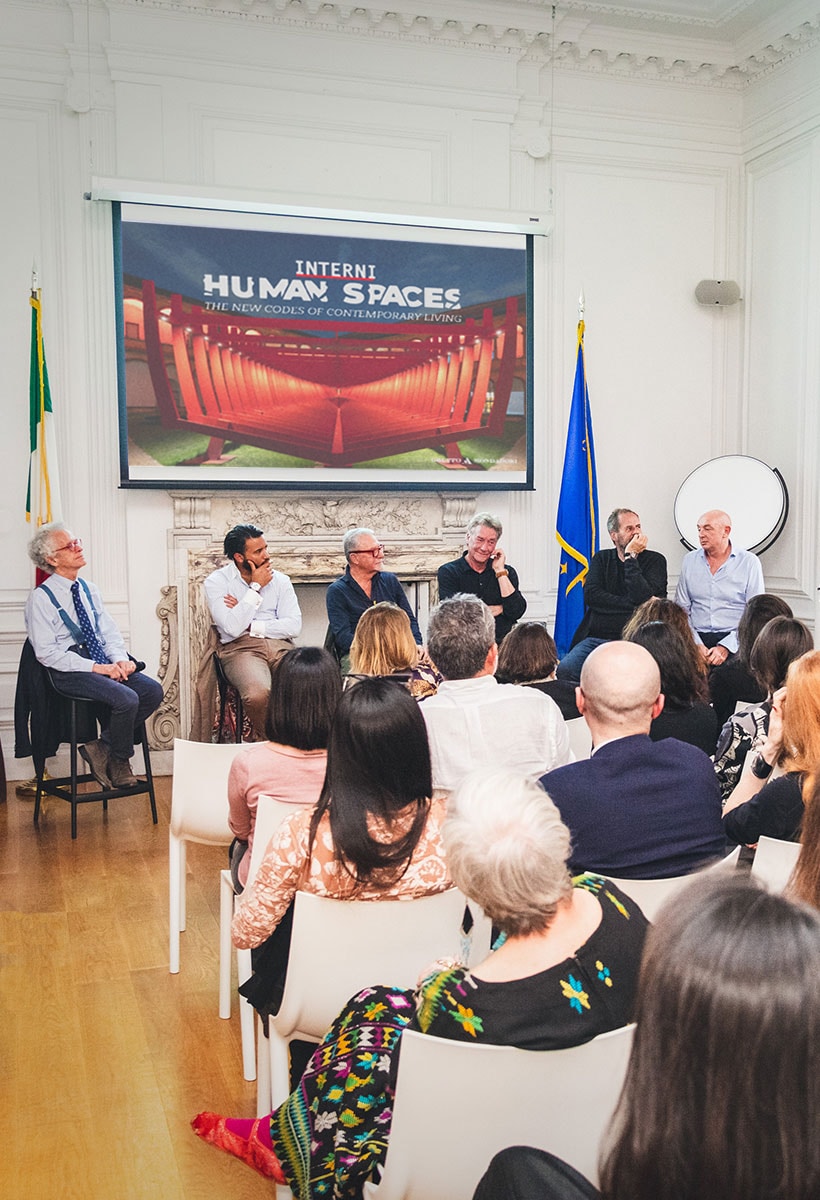 When Federico Rampini agreed to be the moderator of New York Human Spaces, the event organized by Interni at the Consulate General of Italy, he remarked: “I am not an expert in this field, nor do I claim to be: so you’ll have to provide me with all the information I need to conduct this conference.” One of the leading figures in Italian journalism, the US correspondent of Repubblica, who has interviewed many of the world’s most powerful people, was getting ready to moderate an encounter with five champions of creativity for Interni: in order of appearance, Mario Cucinella, Pasquale Junior Natuzzi, Adam Tihany, Jeffrey Beers, Piero Lissoni.

The theme of New York Human Spaces was sustainability and creativity in the magnificent world of design. The program began on a very warm May 20th in New York with the consul Francesco Genuardi, who emphasized that good relations between Italy and the United States can make it possible to construct an encounter, for one evening, that represents a microcosm of a corresponding Main Event: the FuoriSalone in Milan, the festival of Milano Design Week that accompanies and reinforces the Salone del Mobile every April.

The first speaker, Mario Cucinella, the Bologna-based architect who was the director of Padiglione Italia at the Venice Architecture Biennale, is certainly the most representative Italian player in the field of sustainable design. He presented a project still in progress, the Museum of Etruscan Art he is completing for Fondazione Luigi Rovati in Milan. The work involves the renovation and expansion of the 19th-century Bocconi-Rizzoli-Carraro building on Corso Venezia, now organized to present the foundation’s prestigious collection of Etruscan urns. Cucinella explained his working method: gaining inspiration from the past and reinterpreting it in the present through design with low environmental impact. A past represented both by the architecture of the building, with its elegant halls and secret garden, and by the collection of ancient art that will be on view in the newly constructed basement levels of the building. 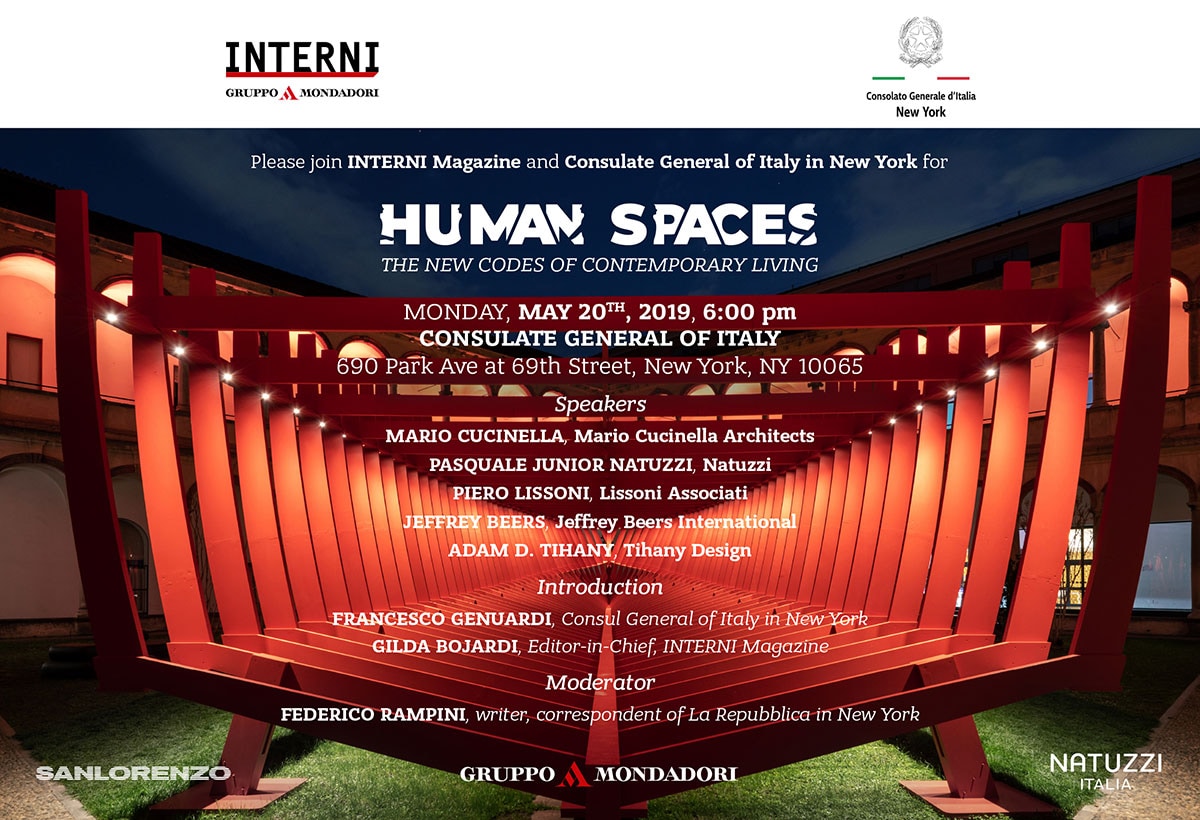 The historical values of Italian culture were also addressed by Pasquale Junior Natuzzi, creative director of a family business founded 60 years ago by his father Pasquale, based in Sant’Eramo in Colle in Apulia. The young entrepreneur illustrated the guidelines of Natuzzi, which also include a philanthropic approach to the company’s territory. As in the support for the construction in Basilicata of the Abitazione per la Pace to assist refugees from all wars and their children, an initiative promoted by the Nobel Peace Prize winner in 1976, Betty Williams, and the actress and human rights activist Sharon Stone. The project is an ecosustainable low-cost residence with close ties to the landscape, a prototype created by Mario Cucinella to become an example that can be replicated in areas were the accommodation of refugees has become a structural necessity.

The theme of large-scale contract projects for cruise ships was approached by Adam Tihany and Jeffrey Beers, respectively creative director for the interiors of the Costa Smeralda, the flagship of Costa Crociere (due to launch in November) and its twin (still under construction), and the person called in by Tihany among the design firms involved, also including Studio Dordoni, Rockwell Group and Partner Ship Design. Tihany and Beers take an interesting approach: the idea is to bring the values of Italian culture to these ‘seagoing hotels,’ for an audience that often lacks in an extensive background. Their work ranges from the creation of striking piazzas to research on Italian style and taste, as well as collaboration with important brands of Made in Italy, all the way to the creation – at the urging of Tihany himself – of Code (Costa Design Collection), a design museum presenting icons from the history of Italian design. 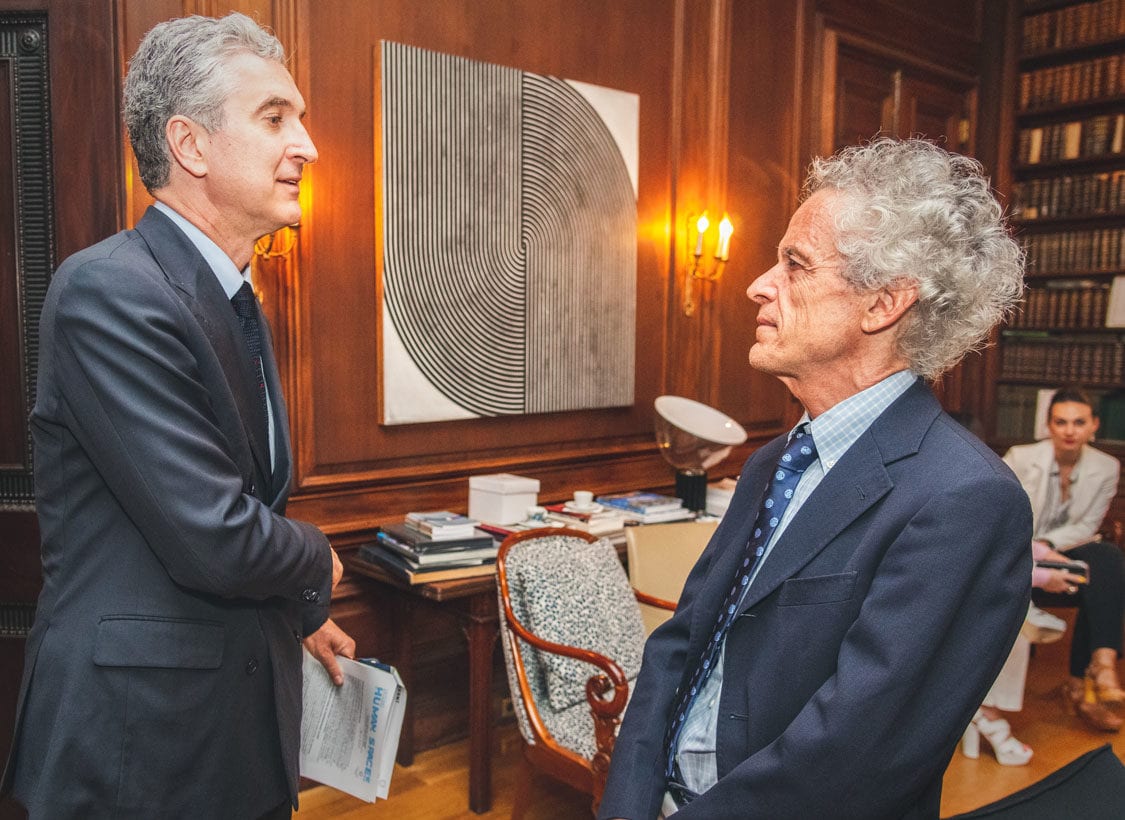 Piero Lissoni, the master of contemporary design who was opening his new studio in SoHo in the same period, contributed thoughts based on his role as art director of Sanlorenzo, the important shipyard for luxury yachts based in Ameglia, in the province of La Spezia, indicated by Rampini as “the Ferrari of yachts.” Lissoni explained what it means to work on a project with this company: from the transformation of the concept of the interiors of a mega-yacht like the SX76, shifting from cabins to open spaces, to the design of a factory as a place created to welcome workers for many hours each day, improving their quality of life.

The evening came to a close with Gaetano Pesce, invited by the Consulate General, with a polemical contribution on design profession, a challenge also addressed to the designers on hand, with Pesce’s customary cynical flair.